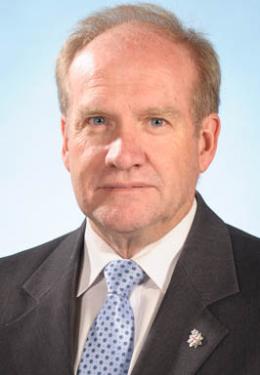 Tom Frame joined the Royal Australian Naval College, HMAS Creswell, as a 16-year old junior entry cadet midshipman in January 1979. He served at sea and ashore, including a posting as Research Officer to the Chief of Naval Staff, and completed a PhD at UNSW Canberra. He resigned from the RAN to train for the Anglican ministry in 1993. After parish work in Australia and England he was Bishop to the Australian Defence Force (2001-2007) and then Director of St Mark’s National Theological Centre (2007-14).

He has been a Visiting Fellow in the School of Astronomy and Astrophysics at the Australian National University (2000-2003); Patron of the Armed Forces Federation of Australia (2002-06), a member of the Council of the Australian War Memorial (2004-07) and judged the inaugural Prime Minister’s Prize for Australian History (2007).

A graduate of the Universities of NSW, Melbourne and Kent, he was appointed Director of the Australian Centre for the Study of Armed Conflict and Society (ACSACS) and Professor of History at UNSW Canberra in July 2014. In July 2017 he became the inaugural Director of the UNSW Canberra Public Leadership Research Group with responsibility for the establishment of the John Howard Prime Ministerial Library in Old Parliament House, Canberra.

Tom Frame is the author or editor of over 40 books including Where Fate Calls: The HMAS Voyager Tragedy (1992); Living by the Sword: the Ethics of Armed Intervention (2004); The Life and Death of Harold Holt (2005), Moral Injury: Unseen Wounds in an Age of Barbarism (2015), Widening Minds: The University of NSW and the Education of Australia’s Defence Leaders (2017) and a four volume retrospective series on the Howard Government. 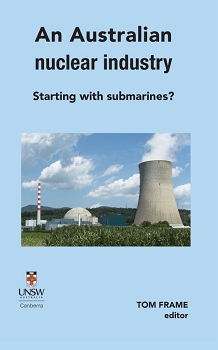 INTERFET: Lessons and legacies from East Timor 20 years on -- Edited by Tom Frame
Your Price: $49.95