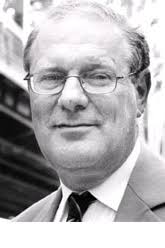 Theodore Dalrymple is a retired doctor who works in a British inner city hospital and prison. He has worked in Africa, the Pacific and Latin America. He has published two collections of articles (If Symptoms Persist, and If Symptoms Still Persist), a novel, So Little Done: The Testament of a Serial Killer, and a polemic on the meaning of Health scares, Mass Listeria. He writes for The Spectator in London and many newspapers. He is contributing editor of the City Journal, New York. His articles written for the City Journal have been collected in Life at the Bottom: The Worldview That Makes the Underclass (Ivan Dee). He has also recently published The Intelligent Person’s Guide to Health and Health Care (Duckworth, London). He visited Australia this year (2016) as a guest of the Centre for Independent Studies, and appeared on the ABC’s Q&A.

Migration: Multiculturalism and its Metaphors
Your Price: $19.95
Quick View