Emeritus Professor in History and Politics at Griffith University, Ross Fitzgerald has published thirty-nine books, most recently the co-authored comic novel ‘Going Out Backwards: A Grafton Everest Adventure’ (Hybrid Publishers, Melbourne); the edited version of Alan Reid’s ‘The  Bandar-Log : A Labor novel of the 1950s’ and the edited collection ‘Heartfelt Moments in Australian Rules Football’, both published by Connor Court in Brisbane.

He is best-known for his memoir ‘My Name is Ross : An Alcoholics Journey’, published by NewSouth Books in Sydney and which is available as an e-Book and a Talking Book, read by Ross.

He also wrote ‘The Pope’s Battalions: Santamaria, Catholicism and the Labor Split’, published by University of Queensland Press; and ‘Growing Old (Dis) Gracefully: 35 Australians Reflect on Life over 50’, co-edited with his wife Lyndal Moor which was published in 2008 by ABC Books. He is co-author of ‘Alan (“The Red Fox”) Reid’ published by New South Books; ‘Fools’ Paradise : Life in An Altered State’, published by PressOn/Arcadia in Melbourne, and ‘Austen Tayshus:Merchant of Menace’, published by Hale & Iremonger in Sydney.

In 2009 Ross co-authored ‘Made in Queensland: A New History’, published by University of Queensland Press, and ‘Under the Influence: a history of alcohol in Australia’, published by ABC Books/Harper Collins. In 2010 he wrote ‘My Name is Ross: An Alcoholic’s Journey’ and co-authored ‘Alan (“The Red Fox”) Reid’, both published by New South Books. 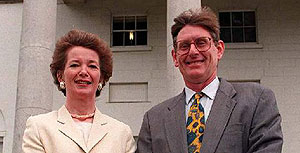 Up to now, his four best-selling books are ‘The Footy Club’, three other books about Aussie Rules – ‘The Greatest Game’; ‘Australia’s Game’; and ‘Heartfelt Moments in Australian Rules Football’; and especially ‘My Name is Ross: An Alcoholics Journey.’

Other non-fiction works include ‘The Federation Mirror’: Queensland 1901-2001?; ‘Seven Days to Remember: The Worlds First Labor Government’; ‘Fred Paterson, “The Peoples Champion”- Australia’s Only Communist Party Member of Parliament’; and ‘”Red Ted”: The Life of E.G. Theodore’, which was short-listed for the NSW Premiers Prize and for the National Biography Award.

‘My Name is Ross’ is also available as a Talking Book from Vision Australia , read by Ross.

Professor Fitzgerald is co-producer and script editor with Ian McFadyen of “Kerensky and Nelle” — a movie about Alexander Kerensky and Nelle Tritton. He is also working on a TV documentary, ‘Stories from the Great Australian Labor Split of the mid 1950s’ and a TV documentary about recovery from alcoholism, ‘Last Drinks’, co-written and co-produced with his Brisbane-based friend Neal Price.

Now living in Redfern, Professor Fitzgerald is married to Lyndal Moor. They have one child, Emerald, who is 34 and lives in New York and a grandchild. Ava Yeats Gruin – who was born on August 31, 2016. 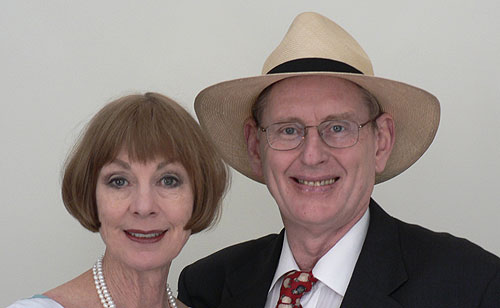