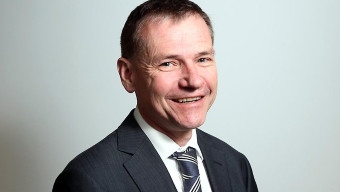 Nick Cater commenced as Executive Director of the Menzies Research Centre on 14 July 2014.

Cater is a journalist and author and has been visiting Fellow at the Centre for Independent Studies. He is a former editor of The Weekend Australian and deputy editor of The Sunday Telegraph. He was born and educated in the United Kingdom and began his career at the BBC before moving to Australia in 1989 to join News Corp.

He edited The Howard Factor (Melbourne University, 2006) and wrote best-seller The Lucky Culture (HarperCollins, 2013) described by Prime Minister Tony Abbott as a: “…beautifully written and perceptive book [that] is a historical essay on Australia’s public culture…it’s a personal reflection by a refugee from Thatcherism, now born-again conservative, observed and analysed with a newspaperman’s thoroughness”.

Cater is a columnist with The Australian and a regular commentator on political and cultural affairs on radio and television.