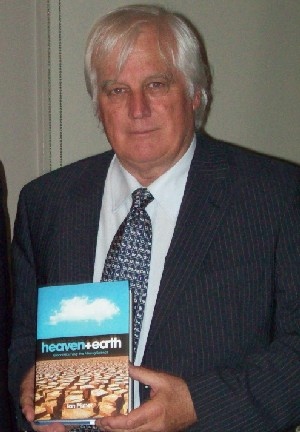 PROFESSOR IAN PLIMER is Australia’s best-known geologist. He is Emeritus Professor of Earth Sciences at the University of Melbourne, where he was Professor and Head of Earth Sciences (1991-2005) after serving at the University of Newcastle (1985-1991) as Professor and Head of Geology. He was Professor of Mining Geology at The University of Adelaide (2006-2012) and in 1991 was also German Research Foundation Professor of Ore Deposits at the Ludwig Maximilians Universität, München (Germany). He was on the staff of the University of New England, the University of New South Wales and Macquarie University. He has published more than 120 scientific papers on geology and was one of the trinity of editors for the five-volume Encyclopedia of Geology. This is his eleventh book written for the general public, the best known of which are Telling lies for God (Random House, 1994), Milos-Geologic History (Koan, 1999), A Short History of Planet Earth (ABC Books, 2000), Heaven and Earth (Connor Court, 2009), How to get expelled from school (Connor Court, 2011), Not for greens (Connor Court, 2014), Heaven and Hell (Connor Court, 2016) and Climate change delusion and the great electricity rip-off (Connor Court 2017). He frequently has newspaper and magazine opinion pieces published as well as chapters in books. This book has been a labour of love and hate unfunded by third parties. I have never been funded or employed by the fossil fuel or uranium industries.

He won the Leopold von Buch Plakette (German Geological Society), the Clarke Medal (Royal Society of NSW), the Sir Willis Connolly Medal (Australasian Institute of Mining and Metallurgy). He is a Fellow of the Australian Academy of Technological Sciences and Engineering and an Honorary Fellow of the Geological Society of London. In 1995, he was Australian Humanist of the Year and later was awarded the Centenary Medal. He was Managing Editor of Mineralium Deposita, president of the SGA, president of IAGOD, president of the Australian Geoscience Council and sat on the Earth Sciences Committee of the Australian Research Council for many years. He won the Eureka Prize for the promotion of science, the Eureka Prize for A Short History of Planet Earth and the Michael Daley Prize (now a Eureka Prize) for science broadcasting. He was an advisor to governments and corporations and was a regular broadcaster.

Professor Plimer spent much of his life in the rough and tumble of the zinc-lead-silver mining town of Broken Hill where an interdisciplinary scientific knowledge intertwined with a healthy dose of scepticism and pragmatism are necessary. He is Patron of Lifeline Broken Hill and the Broken Hill Geocentre. He worked for North Broken Hill Ltd, was a consultant to many major mining companies and has been a director of numerous exploration public companies listed in London, Toronto and Sydney. In his post-university career he is proudly a director of a number various unlisted private Hancock Prospecting companies.

A new Broken Hill mineral, plimerite, was named in recognition of his contribution to Broken Hill geology. Ironically, plimerite is green and soft. It fractures unevenly, is brittle and insoluble in alcohol. A ground-hunting rainforest spider Austrotengella plimeri from the Tweed Range (NSW) has been named in his honour because of his “provocative contributions to issues of climate change”. The author would like to think that Austrotengella plimeri is poisonous.

Ian Plimer identifies as ZnFe4(PO4)3(OH)5 and demands the appropriate pronoun be used.

How to Get Expelled From School - A guide to climate change for pupils, parents and punters Ian Plimer EBOOK (EPub)
Your Price: $14.95 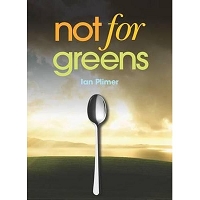 HOW TO GET EXPELLED FROM SCHOOL: A guide to climate change for pupils, parents and punters
Your Price: $29.95

Heaven and Earth, Global Warming: The Missing Science
Your Price: $39.95