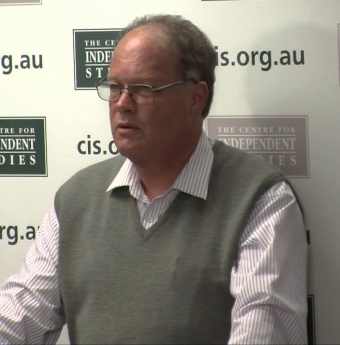 Greg Melleuish works both a political scientist and as a historian as well as having interests in religious studies. He has published seven single authored books, and published over eighty refereed journal articles and book chapters. He has been awarded three large ARC (Discovery) grants, being either sole CI or 1st named CI in all cases.

Greg has organised many conferences, workshops and symposia over the years from the V Gordon Childe centenary conference at the University of Queensland in 1990 to the recent conference on Universal History held by the Paul Piccone Telos Institute in New York in February 2015. For a link to a roundtable discussion at that conference click here.

Greg also writes occasionally on contemporary political issues, largely in the Australian and The Conversation.

Greg’s most recent book is a collection he has edited on Liberalism and Conservatism in Australia, which includes essays by two of his postgraduate students, Zachary Gorman and Paul Brown, published by Connor Court in 2015.

Greg’s current research interests include the first major study of Australian conservatism which is funded by a Discovery Grant project. He is also completing a book with Dr Susanna Rizzo (Notre Dame) on The Post Secular and Post Secular History.