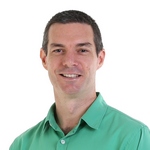 Gavin has 20 years experience in journalism and news media, including newspapers, online, TV and radio. He started out by publishing a music magazine as a 15-year-old high school kid before taking up freelance writing work in Sydney, where he became editor of the popular weekly street press magazine Revolver at the age of 21.

He went on to work for News Corporation between 2003 and 2011, with stints at The Centralian Advocate, The Cairns Post and The Sunday Mail.

During his journalism career with News Corporation, Gavin worked in a variety of roles including Chief of Staff, Business Editor, and Political Reporter. He was most recently Editor-at-Large and chief columnist at The Cairns Post.

He was elected as the Member for Cairns and appointed Assistant Minister for Tourism in the Queensland Government between 2012 and 2015, and is also a published author and corporate consultant.

Products (Total Items: 1)
Can do: Campbell Newman and the Challenge of Reform
Your Price: $29.95
Quick View