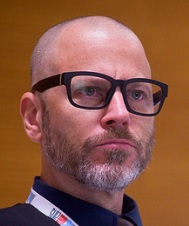 Darren Brady Nelson is a dual citizen of the USA and Australia as well as being an Austrian School economist, conservative-libertarian and Christian. He was born and raised in Milwaukee Wisconsin but has spent the majority of his adult life in Brisbane Queensland.

Darren is currently the economic policy adviser to Australian Senator Malcolm Roberts of Pauline Hanson’s One Nation party and on the advisory board of LibertyWorks. Immediately prior to this, he was an economic policy adviser for the American Republican party presidential campaign of Donald Trump in Trump Tower in Midtown Manhattan.

Darren’s career as an economist in the mid 1990s to early 2000s largely centred around National Competition Policy for the likes of New South Wales Treasury and the Queensland Competition Authority. His focus afterwards at Arthur Andersen and as a sole trader economist throughout the rest of the 2000s has been mainly on the applied economics of infrastructure and utilities regulation and pricing. This included two years in the UK and half-a-year in NZ.

From 2010 to the present, Darren has increasingly devoted his time and efforts to the economics and ethics of liberty in Australia, the UK and the USA. During this time he has increasingly drawn from the real-world-based Austrian School of economics, whilst retaining the best of the other schools like Chicago and Virginia. In this time, Darren has done work as a sole trader for such outfits as: Americans for Tax Reform; Center for Freedom and Prosperity; Crime Prevention Research Center; Friedman Conference; Frontiers of Freedom; Grade Gov; Heartland Institute; Liberal National Party; MacIver Institute; Master Resource; Mises Canada; Mises Institute; Tea Party Australia; Tea Party USA; Terabit Media; Townhall; Townhall Finance; Utility Week; Wisconsin Manufacturing & Commerce; and of course LibertyWorks.

Most of Darren’s media work (mainly as D. Brady Nelson) has been with the Heartland Institute. This has mostly been for the Environment & Climate News, but has also included the Budget & Tax News, Health Care News and School Reform News. In addition, he undertook relevant think tank leadership and TV media training provided by the Atlas Network and the Leadership Institute respectively. Darren also has appeared on the guest panel of Paul Murray Live on Sky TV News Australia.

Darren first started down the path in the late 1980s of understanding, appreciating and promoting the politics of liberty when he took a strong interest in the Reagan and Thatcher governments … the latter person he was fortunate enough to meet in London in January 2010, and get an autograph from on his Union Jack wallet. The next milestone on this path in the early 1990s was his formal studies of the economics of liberty, including the history of economic thought, especially that of Adam Smith and Milton Friedman. The next milestone in the mid 1990s to late 2000s was his work in-and-around government in terms of competition reforms and regulation implementation particularly that of so-called natural monopolies. The most recent milestone over the past decade was his rediscovery of the American liberty culture and the Austrian School of economics, especially the thinking of Ludwig von Mises and Murray Rothbard.