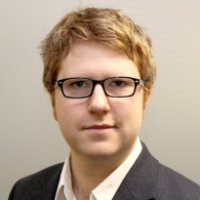 Chris Berg is a Postdoctoral Fellow at RMIT University and a Senior Fellow with the Institute of Public Affairs. Dr Berg is the author of five books including In Defence of Freedom of Speech: from Ancient Greece to Andrew Bolt.

Dr Berg is one of Australia’s most prominent voices for free markets and individual liberty, and a leading authority on over-regulation, economic freedom and civil liberties.

The Cato Institute praised the “wit and grace” of his book Liberty, Equality & Democracy, and the Sydney Morning Herald described his The Libertarian Alternative as “spirited and sometimes wry”. His other books include Magna Carta: the tax revolt that gave us liberty and The Growth of Australia’s Regulatory State. He is also the editor of 100 Great Books of Liberty and The National Curriculum: A Critique.

Dr Berg’s articles have appeared in the Wall Street Journal, The Australian, the Australian Financial Review, and the Sydney Morning Herald, as well as magazines such as Quadrant, Spectator Australia and Overland. He has been a regular columnist with the Sunday Age and ABC’s The Drum. His scholarly contributions have appeared in the Australian Journal of Political Science, Econ Journal Watch, Agenda, and Trends in Anaesthesia and Critical Care. He is a frequent media commentator on television and radio and appears regularly throughout the electronic press.

He holds a PhD in economics from RMIT University and bachelor’s degree in history and political science from the University of Melbourne.