-        Fellow, International Academy for the Study of the Jurisprudence of the Family (IASJF)

Dr Augusto Zimmermann LLB, LLM, PhD (Mon.) is Professor at Sheridan College in Perth, Western Australia. He is also Adjunct Professor of Law at the University of Notre Dame Australia, Sydney campus. In addition, Professor Zimmermann is a former Law Reform Commissioner with the Law Reform Commission of Western Australian and a former Associate Dean (Research) and Postgraduate Research Director at Murdoch University's School of Law. Professor Zimmermann is also the founder and President of the Western Australian Legal Theory Association (WALTA), a former Vice-President of the Australian Society of Legal Philosophy (ASLP), a Fellow at the International Academy for the Study of the Jurisprudence of the Family, and Editor-in-Chief of the Western Australian Jurist law journal. A prolific writer and the author of numerous articles and academic books, Professor Zimmermann was awarded the 2012 Vice Chancellor's Award for Excellence in Research, and two School Dean's Research Awards, in 2010 and 2011. He has also received the 2013 Law Lecturer of the Year Award from the Murdoch Student Law Society (MSLS), in recognition of the outstanding level of teaching, service and personal contribution he provided to the students of Murdoch Law School. Finally, Professor Zimmermann has been included, together with only twelve other Australian academics and policy experts, in 'Policy Experts' – the Heritage Foundation's directory for locating knowledgeable authorities and leading policy institutes actively involved in a broad range of public policy issues, both in the United States and worldwide. 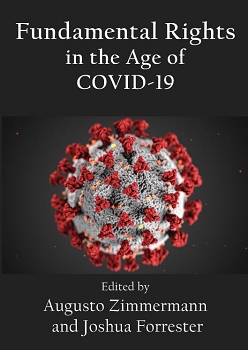